The group discovers an alternate plan to zapping the Dragon with a lightning cannon, Rangrim breaks into the Mayor’s house, Calamity discovers some unsettling truths about her orb, and the group finds out that tactics help when fighting a horde of Goblins…

Due to an audio mishap, there was no audio saved for this session. Here’s what happened:

The group is at The Lusty Narwhal talking to Kalia about their current situations. (Kalia’s take: “You’re fucked.”) Kalia tells the group about her time with The Azure Scales, an adventuring company, and how Nerikesh took her arm and defeated the group. She mentions that Brana, the Captain of the Town’s Guard, lost her wife in the attacks. She advises the group not to run, but to stay close to town—the group has a better chance of defeating the dragon if they work with the remaining Scales.

The group proceeds to Lannet, the blacksmith, in order to sell their loot from their recent adventure. Varikass, using his famed diplomacy, makes a sour first impression on Lannet. They then head to the constabulary to claim the bounty on Algren the bandit. There they find Darig Gundarion, who is eager to get rid of the kobold the group has left in his jail cells. He introduces the group to Brana Ironheart, Captain of the Guard, who congratulates the group on their good work defeating Algren and offers more work, once the dragon business is taken care of. She also instructs the group to check in with the mayor about Chaluck.

Next they visit the mayor, Chani, who takes great delight in proving how much about the group that she already knows. She gives the group leave to let Chaluck out of jail, and signals to Rangrim in thieves cant that he should meet with her later. She feeds the group exotic and expensive dishes and sends them off with bags of cookies. The group splits up.

Neristhanna goes to pick up Chaluck and is shocked to discover him not only playing cards with Darig and a troll, but speaking the common tongue as well. She forbids him from speaking common, until she can figure out what is going on with him. She takes him to the tailor, Ollivander, to get fitted for an outfit. While the outfit is being modified for Chaluck’s reptilian form, she bathes him, finding that Rangrim has snuck a dog-tag on the kobold, with the message “If Found, Return to Neristhanna” on it. Rangrim delights in her anger. Later that evening, she once again finds Chaluck playing cards, this time with a gnome named Tundi. True to his word, he’s not speaking common, but rather Dwarven. Flustered, Neristhanna retires for the evening.

Varikass and Calamity embark on the first of their many mundane adventures together. While exploring the town, they buy feed from the Feed and Seed shop. They talk about the impending doom coming to town, seriously startling the shop keep in the process, while buying feed for Varikass’s horse. They also visit The Enchanted Florist, meeting Foxglove, an elven florist. Zie amicably chats with the two adventures, trapping them with zir hospitality. Things get awkward, and Calamity decides that buying a flower is the only way out. They drop the flower off at the Lusty Narwhal and split up. Calamity heads to the public baths and splashes around for a while.

Varikass heads to The Temple of the Eight, where he meets Chucchus, a veiled Oracle of Morad. Chucchus reveals to Varikass that he’s a goblin and he’s had  a vision of the group. He admits that he manipulated Valthrun (the Prescient!) into sending the group to fight Nerikesh’s spawn. He also mentions that he saw the group fighting an Ettin, but refuses to divulge any more information on that topic.  Varikass spends the night at the temple, in prayer to Morad.

Rangrim meets up with Chani, who sends him to steal some poison from Foxglove, whom she reveals as an assassin. She offers 250 crowns for the poison, and an additional 50 crowns if he can find out whether Neristhanna knows her father. He breaks into Foxglove’s store that evening, stealing the poison and escaping without apparent detection.

The next morning the group breakfasts with Liza, a beautiful traveler from Lumberson. She amicably asks questions of the group, however their suspicions are soon aroused by the pointed nature of her questioning. Calamity detects magic and is nearly blinded by the bright aura being cast off of Liza. At that point Liza reveals that she’s actually Nerikesh, and she has all the information she needs about the group, including tacit admissions of their guilt. She walks outside, turns into a dragon, and flies off, causing a panic in the town.

While the town panics, Kalia brings the group to meet Thurga, a half-Orc Wizard, at her tower on the edge of town. They climb to the roof of the disorganized and cluttered tower, where Thurga shows them her most impressive invention: The Lightning Cannon. They test it with Melrock, who delightedly fires a large burst of magical energy into the air.

Back at the tavern, the group finds Chaluck playing cards again, this time with a large crowd of entertained patrons. Suspicious, Calamity detects magic on him, finding out that he’s been enchanted by some sort of magical spell. The question being, who enchanted Chaluck, and why? 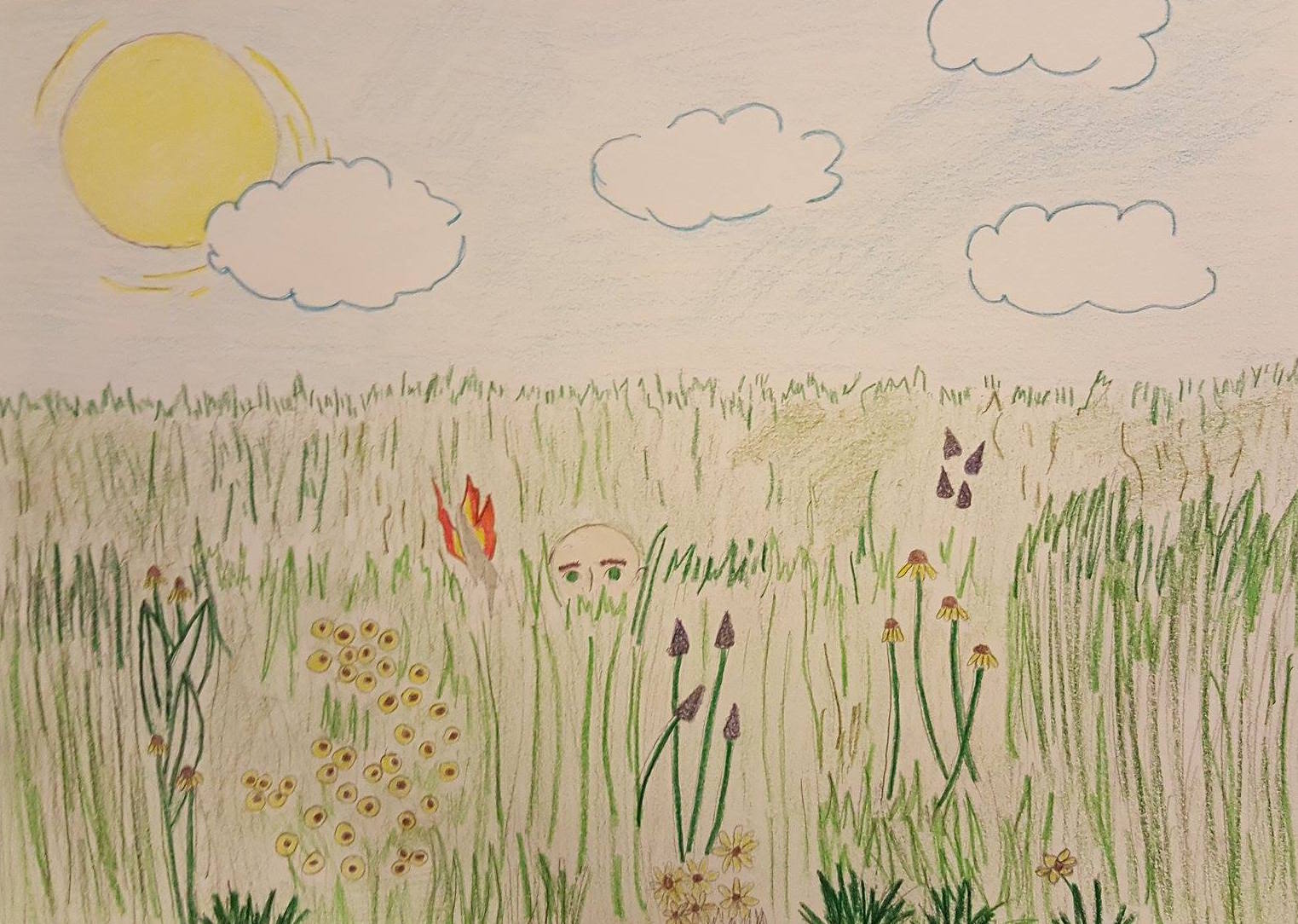 Calamity, Neristhanna, Rangrim, and Varikass meet each other for the first time. Fires are set, Dragons are fought, and our heroes (heroically) shoot a bandit in the back.